Then On The Third was created to share hope—and raise questions—related to the life, death and resurrection of Jesus Christ … historical events that are celebrated at the time of Easter.

Have a question? Ask us!

Why “On The Third”? What’s the significance of that?

In the Bible, numbers often mean more than the numerical value they represent. There are many significant numbers in the Bible, and three is definitely one of them. The number three refers to completeness, wholeness and perfection. So when the Bible speaks of Jesus being raised “on the third day,” that duration isn’t simply an arbitrary span of time but rather is a way of saying that Jesus’ death had accomplished exactly what it needed to accomplish—it was complete.

Another wonderful example of this “three day” pattern comes from the Old Testament (the first part of the Bible) where we read of a man named Jonah who was swallowed by a large “fish.” The story teaches that Jonah was in the fish for three days, and on the third day he was released and went on to do what God had called him to do.

Jesus was often pressed by people for evidence … signs that proved he really was God’s son. One of Jesus’ most common responses was this: “No sign will be given but the sign of Jonah.” In other words, instead of Jonah’s release from the belly of some super-sized fish, Jesus would be released from the tomb, from death itself and this, this would be the sign they were looking for.

What is the meaning of Lent?

Lent is the 40-day time period (not counting Sundays) leading up to Easter. Followers of Jesus observe this period in anticipation of and preparation for celebrating Jesus’ resurrection. During this time many people choose to “fast” (abstain from) certain foods or activities, while others will take on some new spiritual practice or discipline. The whole idea is to take those 40 days as a time of renewing our devotion and affections to God, growing in our discipline and prayerfully preparing our hearts for the victory and celebration of Easter. (By the way, 40 is another of those significant numbers in the Bible.)

Lent isn’t mentioned anywhere in the Bible, nor is it mandated in any capacity. Observing Lent isn’t meant to be duty or obligation—it’s simply a time for those who trust in Jesus to sacrifice something meaningful to them as a small way or centering our affections on the God who gave everything for us.

What is Good Friday?

Ever since Jesus died and was raised again, Christians have proclaimed the cross and resurrection of Jesus to be the decisive turning point for all creation. Good Friday is the term we use to designate the day on which Jesus willingly went to the cross. On that day, we reflect upon the reality that Jesus suffered and died for the sake of the whole world. While it seems strange to call it “good,” we refer to it in this way not because of what happened, but because of where it leads.

What the world meant for evil, God redeemed in Christ for the good of every person. The horrible events of that Friday would eventually give way to the beautiful victory of Easter Sunday, where we discover that, through Christ, we are not only set free from the penalty of sin, but we are set free to live joyfully and to join God in God’s mission of love for the sake of the world.­

What is Easter Sunday?

Christian churches in the West celebrate Easter on the first Sunday following the full moon after the vernal equinox.

Why doesn’t anything happen on the second day?

On the day of Jesus’ crucifixion, his body was placed in a tomb.

The next day … nothing discernable happened.

In the Bible there are many narratives that refer to a three-day time period. In many cases, we don’t know what happened on the second day … but that time span allowed for circumstances to develop—to come to fruition.

According to scripture we are to “wait on the Lord.” Part of spiritual discipline is the learning of patience. Waiting for God to act, to answer. There’s something about stillness, something about the waiting that is often the catalyst for experiencing God in new and profound ways.

What’s the significance of the words Jesus says on the cross?

When someone is dying, their last words speak volumes. They can be deeply personal and powerful. The last words of Jesus weren’t so much “words” (actual, literal, single words), but phrases and statements he made from the cross. They are powerful expressions of his deep affection and love for humanity and his unyielding commitment to the mission of God to see the redemption of humanity through to the very end. Through his dying words, Jesus’ humanity and divinity, power and frailty, conviction and compassion culminate on our behalf and offer us a beautiful picture of Jesus’ deep, deep love for people like you and me.

Jesus said, “Father forgive them, for they know not what they are doing.” Was God mad?

God certainly was not happy about what was happening to his son; but anger was not really the issue here. These words of Jesus give us a glimpse into just how deep and wide and vast Jesus’ love is for us. Even when he is being wronged, his intentions for us are still bent towards love. And his words throughout scripture reflect the heart of God, his father, as well.

If there was ever a moment when it would be justified for Jesus, the Son of God, to lash out in anger and reject us it would be now and yet, here in Jesus’ deepest moment of need, He continues to have our best in mind. These words ultimately offer us incredible hope that no matter what we’ve done, no matter how far we’ve strayed, no matter what we did or said that we think is beyond forgiveness, these words from Jesus on the cross tell a different story. The grace and love and kindness of God is for us, it is for you—always and forever.

I’m confused about the part of the resurrection story that talks about a “veil,” or curtain. Why is that and why is it important?

In the Temple (the place where the Jewish people worshipped God), there were different places for different people. The further into the temple you went, the more limited it was for just anyone to have access. The most sacred, most off-limits place was called the Holy of Holies. The idea was that there, in that place, the very presence of God dwelled. A large veil (or curtain) divided the Holy of Holies (“God’s space”) from the more common, accessible spaces; it divided the sacred from the ordinary, us from God. When Jesus died however, the Bible says that the veil tore* … declaring loud and clear this simple truth: the division between us and God caused by our sinfulness is no more.

No longer is God “contained” in a sacred, holy space only the most privileged and spiritual have access to. No—the presence of God now fills the whole earth, and everyday ordinary people can experience the goodness and love of God anywhere and everywhere.

*An interesting detail: The veil was created from a series of horizontal pieces of cloth sewn together. The natural tendency would be for a tear to occur horizontally, along those seams. The resurrection story says that the veil tore “from top to bottom”—against the grain. This was a supernatural event!

What’s the importance of the tomb in the Easter story?

On the most basic level, the tomb makes clear that Jesus was indeed dead. While the ancient world lacked much of the technology we enjoy today, they didn’t need our level of science to know when a person was dead. In fact, the Romans were masters of death—they knew how to kill. When Jesus is removed from the cross and placed in a tomb, sealed with a stone and guarded by Roman soldiers, it’s clear; Jesus was dead. The tomb stresses that Jesus Christ really did die.

Why is the resurrection of Christ important?

The resurrection is the lynch-pin of the entire Christian faith. If the body of Jesus were to ever be found, Christianity would completely unravel. If there was no resurrection, then faith in Jesus is absolutely meaningless. Christianity rests firmly upon the resurrection because, in it, we see the victory of God over sin, death and evil!

Through the resurrection, we believe that Jesus Christ conquered the powers and forces of evil and disarmed them of any real power. His victory courses through their veins of those who put their trust in Jesus. Jesus’ resurrection inaugurated the beginning of the end of evil, once and for all, and foreshadowed the return of Christ in which one day Jesus will come again, wipe away sin and evil for good, dry every teary eye, eradicate every disease and usher in a new heaven and a new earth that will never experience the decay and brokenness that we know today.

If Jesus really was the “Son of God,” why did so many people not believe that, even after he was supposedly raised from the dead?

It’s completely understandable to take a step back and admit that proclaiming that Jesus Christ lived, died and rose again is a hard thing for people to accept today. But, in fact, it was no easier then, than now. It defies everything we know about the way life works. Even before Jesus’ death and resurrection, countless people heard Jesus teach and saw Jesus give sight to the blind, heal the sick, multiply bread for the masses and even raise the dead, but those things weren’t enough either.

Here’s the difficult truth: seeing doesn’t necessarily lead to belief. One of the themes throughout the Gospels (the parts of the Bible that record Jesus’ life and teachings) is that people who saw Jesus do the impossible constantly asked for more. They wanted more miracles, more shows of power, more signs of his authority. The thing is, Jesus wasn’t a magician looking to entertain—nor was he a performer looking to capture people’s attention. No, at the end of the day, he was inviting people to trust God with their lives and to live lives of love that point the world back to God. So yes, even in Jesus’ day, many people had firsthand accounts of the evidence and refused to believe, but at the same time, many people saw and heard eye-witness accounts, believed what they heard, and turned the world upside down and inside out with faith, hope and love. When you think about it, it’s not so surprising that many people didn’t believe in Jesus in the first century. What’s truly fascinating is that so many did and continue to believe today. 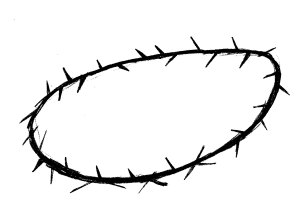 Have a question? Ask us!